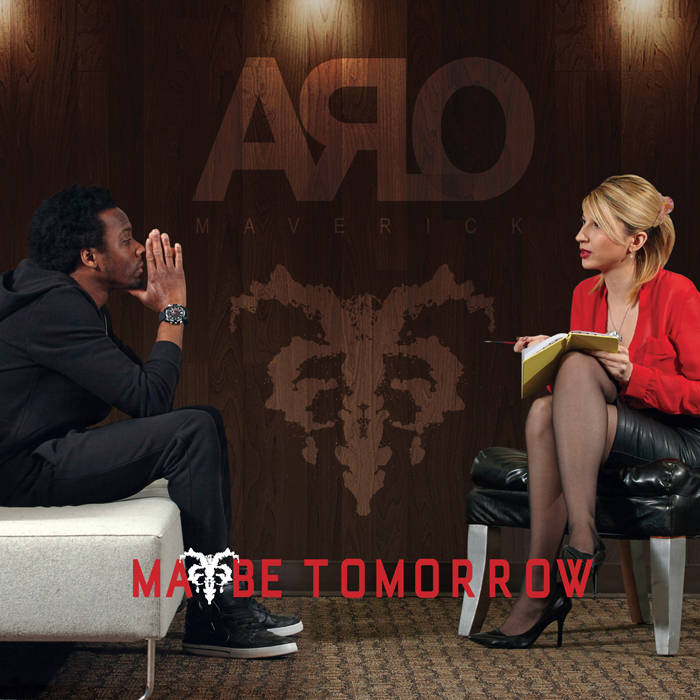 Maybe Tomorrow is the story of an up and coming musician suffering the loss of his grandmother just as his career takes off. With this devastation following on the heels of a breakup from his fiancé, the protagonist begins to spiral out of control seeking solace in his addictions.

To save his sanity, he reluctantly takes the advice of his family and friends and begins to see a therapist. Although initially skeptical he begins to discover a lot about himself and his fears in his weekly visits with his therapist. The songs on Maybe Tomorrow represent his sessions.


ArloMaverick.com | @ArloMaverick | #MaybeTomorrow © 2016 Arlo Maverick. Marketed by Music For Mavericks. All Rights Reserved. Manufactured in Canada. All Songs SOCAN/ASCAP. Maybe Tomorrow was funded in part by the Alberta Foundation for the Arts.

Arlo Maverick is a hip-hop MC whose sound explores Jazz, Electro, and Soul yet identifies itself as hip-hop through fusing nuances of hip-hop’s golden era and Jazz theory. Lyrically Arlo Maverick’s music is a poetic narration of everyday life experiences. For Maverick it is as much about moving his audience physically as it is about moving them emotionally. ... more

Bandcamp Daily  your guide to the world of Bandcamp